We all try to be the best fish keepers  possible but sometimes we encounter health issues, sometimes because its our fault and sometimes it not. Below gives a quick diagnosis of fish health problems and there causes.

What is wrong with my fish?

The majority of fish and pond keepers will experience problems with unhealthy fish at some stage.  Sometimes the cause of the poor health is obvious and it is relatively easy to treat the fish.  However it can also be more difficult to get a good diagnosis despite looking at books, magazines and relevant web sites.  In this, the first of a short series of articles on fish health, we will look at some clues that can be used to diagnose what is wrong with your fish.

The first stage in treating a fish is to recognize when it is unhealthy.  Early recognition of an unhealthy fish is important if that fish is to be successfully treated.

The first signs of poor health are often a change of appearance or behavior, which might include:

Care has to be taken when interpreting these signs, as they are not always a sign that the fish is not well.  A change in colouration, for example, may indicate that the fish is in breeding condition, or has adjusted its colour to match the surroundings.  Sulking behind structures may be the natural behavior of shy or timid fish species.  As a general rule however, if the fish are looking or behaving differently to normal it is advisable to have a closer look at the fish concerned.

These first observations give a clue as to the possible cause of the poor health.  The secret here is not to jump to conclusions.  Decide firstly why the fish is behaving or appearing as it is, and then what would cause it to do so.  The list of possibilities can then be examined to determine the actual cause of poor health.

Lets look at two examples to demonstrate this stepwise diagnosis:

Possible causes of this include: 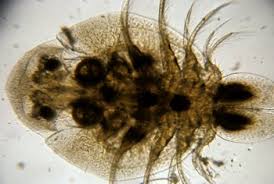 A second example could be that you have observed your fish rubbing against underwater objects.  Taking the diagnosis stepwise we have:

Abrasive particles in the water

It is important that you don’t jump to the wrong conclusions.  As an example of this, you may have noticed the fish were rubbing and the actual cause was poor water conditions.  If you decided that it was due to gill parasites and treated the water for a parasitic infection you would cause further distress to the fish.  As already mentioned, early diagnosis of a problem gives the best chance of controlling it effectively – so a wrong diagnosis can be a big issue because it delays taking the right actions

How to decide what is the problem.

After creating a list of possible causes of poor health, it is necessary to decide which one is responsible.  One very good guide comes from the time of onset of poor health and its rate of spread.  There are three main possibilities:

The next stage in our diagnosis is dependent on which of the above groups the fish can be placed in.  If the problem is due to water quality, testing, partial water changes and the appropriate use of treatments will help.  If due to parasites, some indication of which parasite is responsible is important of the correct remedy is to be selected.  In future articles we will look in more detail at water quality issues and some of the more common parasites.

Prevention is better than cure with a good test kit.